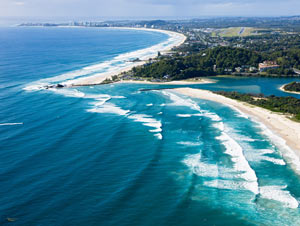 The government of Australia put into force a robust new investment regime on December 1st cracking down on foreigners who unlawfully own residential properties and tightening scrutiny on purchases of farmland from overseas.

The government announced in May it planned to fine and even jail foreigners who flouted rules that only allow them to buy new dwellings, and not existing residential property.

Real estate prices have soared in recent years, particularly in Sydney and Melbourne, with concerns mounting that cashed-up foreigners, particularly from China, have helped inflate the market.

Under the new regime, foreigners who illegally buy Australian real estate will face up to three years in jail or fines of A$135,500 (?93,000) for individuals and A$675,000 (?465,000) for companies.
"New civil penalties supporting divestment orders and ensuring people who break the rules do not profit from their actions also come into effect," added Morrison.

"These include forfeiting any capital gains made on divestment of a property and fines for third parties who knowingly assist foreign investors to break the rules".

"Under these new arrangements foreign investors who fail to comply with the foreign investment rules will not be able to profit from doing so".

Fees will also be levied for the first time on foreign investment applications.
Australia has also improved scrutiny and transparency around foreign ownership of agricultural production amid concerns about valuable assets passing into foreign hands.

Morrison said a new agricultural land foreign ownership register had been established with any bid by a foreigner that brings their cumulative farmland investments to more than Aus$15m (?10m) to be screened by the national regulator.

Previously, the Australian Foreign Investment Board only screened foreign investment for purchases of agricultural land over Aus$252 million (?174m). Direct interests in agribusinesses valued at Aus$55m (?38m) or more will also be sent to the Foreign Investment Review Board.
"While foreign investment in agriculture provides important economic benefits, we have acted to improve scrutiny and transparency around foreign ownership of Australia's agricultural production," said the treasurer.

Last month, Morrison blocked the sale of one of the world's largest cattle estates to foreign entities, ruling it was not in the national interest.