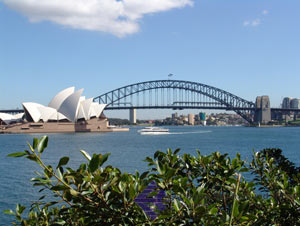 25 years ago, the Australian version of Monopoly was released with the original board based on 1990 property prices. The board featured prominent inner city streets and locations in Australia's seven capitals and, based on trends at the time, put Canberra as the most expensive city in the coveted dark blue property slots and Darwin the cheapest in the unwanted brown spaces.

However, a study of medial street prices shows property values have changed so much since then that the board would be almost unrecognizable if based on current property prices.

If the board was arranged based on today's prices for property in Australia, Hobart would now be the cheapest and Sydney would be the most expensive, with Darwin boosted to the dark green slot, just behind Sydney.

The gap between game prices and real prices has grown incredibly – the latest Core Logic RP Data figures show a standard home on even the cheapest street today - Hobart's Davey St - would actually cost you just over $305,000 in real money.

"The resources boom has probably been the biggest changer of prices, which explains why property prices in Perth and Darwin, which used to be a lot cheaper, are now among the most expensive in the country," he said.

"Sydney's position as Australia's most expensive city isn't surprising either considering the recent [price] boom and how it has lifted the median value of a home more than 70 per cent since 2008". Originally, it was the appeal of cheaper property, with plenty of room for growth that attracted buyers to Sydney's real estate market — driving prices up, and fast.

Most of these records are sitting comfortably above $1 million, with some already in the $2 million-plus bracket and in a few of Sydney's million dollar suburbs, the record has been broken several times in the past six months.

"We have got historically low interest rates so what has happened is that there was little price growth in Western Sydney and the southwest in the last seven years, and it makes housing in those areas very affordable," said Malcolm Gunning, Real Estate Institute of NSW president.
"What has now pushed (prices) up it is the improved infrastructure, particularly in the northwest, with the extensions of Windsor Rd, the M7 and now the North West Rail Link," he said.
Sydney's property market shows no sign of slowing with home auctions cropping up throughout the city and its suburbs, attracting massive buyer interest. It is also worth noting that there is a marked increase in domestic home purchases in Australia, as Chinese interests' shifts to the country's commercial real estate sector.