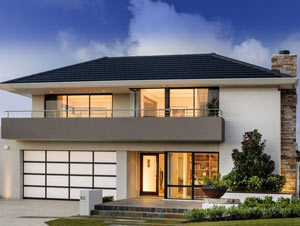 The new home building sector is the star performer of the Australian economy having seen three years in a row of growth, according to the Housing Industry Association (HIA), the voice of Australia’s residential building industry.

The latest data from the Australian Bureau of Statistics show that despite a modest decline in new dwelling commencements in the June 2015 quarter, there was still a record number of 211,976 new homes started in 2014/2015, an increase of 16.9%.

‘That is a phenomenal result which caps three consecutive years of growth for new home building, only the fifth time in the last 60 years that this feat has been achieved,’ said HIA chief economist Harley Dale.

‘Through its broad reach the new home building sector has delivered a strong economic dividend to Australia during a period when many other sectors of the economy have struggled,’ he pointed out.
He also explained that while new dwelling commencements will fall in 2015/2016 they should remain elevated at what would still be the second highest level on record.

‘The key to the short term prospects for new home building is how much work in the pipeline is converted into actual activity and it’s not coming through as quickly now. An orderly decline in commencements in 2015/16 remains the most likely outcome,’ Dale added.

A breakdown of the figures shows that there were 53,314 dwellings commenced during the June 2015 quarter, a decline of 3.2% from an upwardly revised March quarter. Detached house commencements fell by 2.9% to 28,046, while ‘other dwelling’ commencements declined by 4.9% to 24,482.

But there are regional differences. New dwelling commencements increased in South Australia by 12% in the quarter, by 54% in Tasmania and by 76.4% in the Australian Capital Territory.

Meanwhile, the latest data shows that prices growth for land for building new homes has eased off slightly. The latest HIA-CoreLogic RP Data Residential Land Report shows there was some relief from the tight conditions in Australia’s residential land market in the June 2015 quarter.

‘A rise in land sales was accompanied by an easing off in the pace of price increase in Australia’s residential land market. This compares with previous quarters which saw strong price increases amid declining land sales,’ said HIA economist, Diwa Hopkins.

‘While the June quarter result is an encouraging development, what needs to occur is similar results being sustained over the longer run. That is, a larger and more consistent flow of shovel-ready land needs to be brought online,’ she explained.

‘For this to happen, policy reform needs to address the key land supply bottlenecks including unnecessarily long planning delays, slow and insufficient release of residential land, excessive and inappropriate infrastructure funding arrangements, and excessive zoning restrictions,’ she added.
According to CoreLogic RP Data research director, Tim Lawless, the break in the trend of declining land sales is a positive outcome after three consecutive quarters of declining sales.
‘A 17% jump in vacant land sales is impressive, but land sales remain lower than the June quarter of last year and comes after three quarters where volumes consistently fell and prices rose,’ he pointed out.

‘The most encouraging sign is that this quarterly rise in vacant land sales is broad based with five of the six states showing a substantial boost in sales. With detached housing approvals remaining relatively flat since early 2014, the likelihood of this recent surge in vacant land sales developing into a stronger trend is unlikely,’ he added.