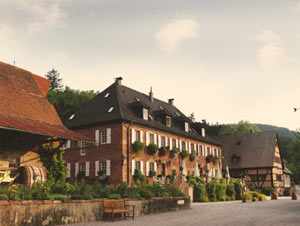 While Austria’s real estate sees a clear cool-down, prices in Germany are still increasing, apparently fuelled by international investors. However the most important markets seem to have reached a plateau and new markets are coming up

Prices of owner-occupied apartments in German cities saw price increases by up to 21% in the past year – 10% in the second quarter of 2014 – although the rises were less spectacular in the biggest markets, according to an index by advisor F&B from Hamburg, which evaluates prices for every city with more than 25,000 inhabitants.

The biggest price jump was not in the normally booming property markets of Berlin or Munich, but in the little Bavarian town of Kempten im Allgäu. According to F&B, Munich prices rose 1.4% in Q2 and it is still the most expensive city in Germany by far, at an astonishing ?1,000 (£800) more per square metre than the next most expensive city, Garmisch-Partenkirchen.

At the same time, consultants Barkow and Axelrod report a record for the volume of capital for listed real estate flowing into Germany. They state in a recently published report that Q2 2014 was ”the best quarter in capital markets’ history” for Germany, concerning capital flows for listed real estate. The investment was ?1.8 billion, and has been fuelled by foreigners, says Peter Barkow, managing director of Barkow Consulting in IP real estate, ”The demand came primarily from foreign institutional investors.”

There are mixed signals from the German market, with interest from international investors increasing, some unexpected sites seeing prices increases of 20%, but the most important cities reporting a cooling down. In Austria things look clearer: prices are sinking. Bernhard Reikersdorfer, chief executive Austria at Remax is sure that “the times of property prices increasing by an annual 10% are over”, he told the Austrian newspaper der Kurier.

Austria’s falling prices may come from an increase in supply. In Q1 and Q2 2014, 44,141 properties changed hands, an increase of 10% from 2013, says a report from IMMOunited, a company providing information on developments of the Austrian real estate market.

Experts expect prices to fall 3% before 2015, compared to an average annual 10% increase in recent years.

Demand is expected to fall further in 2015, especially for luxury real estate (defined as a minimum price of ?500,000). The luxury segment has already seen demand falling 5.5% in Q1 and Q2 2014, and prices down by 4%. Der Kurier also reports that demand for luxury real estate from Russian investors has fallen since the EU started implementing sanctions against Russia. Vienna is one of the only markets in Austria which is expected to see a small price increase of 1.3%, especially for lower priced properties.