Demand and prices on the increase in Vienna’s prime districts 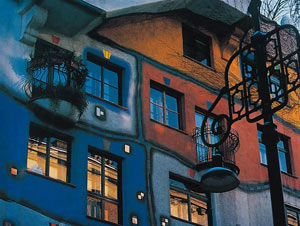 Vienna is rising up the preferred list of second home locations for buyers looking to combine culture with privacy and security.

The global financial crisis largely passed Vienna’s housing market by. Since the collapse of Lehman Brothers – which signalled the start of the global credit crunch – mainstream prices in Austria have risen 34.7%, the highest level of price growth in all of Europe. Prices in Vienna went one step further and outperformed the national average, increasing by 55.1% over the same period, according to the Austrian National Bank.

International buyers tend to be Eastern European, Russian, US, German or Swiss nationals but the city is increasingly on the radar of Asian buyers given it is widely considered the ‘world capital’ of classical music and culture.

Vienna’s luxury apartment market is largely confined to the city’s 1st district, the area which encompasses the Imperial Palace, was the original home of the Habsburgs.

Districts 2 to 9, which encircle the 1st district, and the 13th, 18th and 19th districts are also targeted by international buyers, particularly those seeking family homes. A map of Vienna’ prime districts is included in Knight Frank’s Vienna Residential Insight report.

Development in the ‘Innere Stadt’ or old town is severely restricted given its preservation rights as a UNESCO world heritage site. However, one of the largest inner city developments in decades is the restoration and redevelopment of the Goldenes Quartier, a mixed-use scheme which will add 12 luxury apartments to the old town’s housing stock.