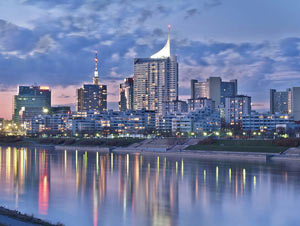 Annual investment is rising due to increased market transparency and the nation's comparative political and economic stability.

Austrian Gross Domestic Product (GDP) has grown at an above-average rate over the past three years, and is expect to increase 0.9% in 2013. Austria has the lowest unemployment rate in Europe at 4.4%.

IVG Immobilien says many office tenants are postponing decisions to move because of insecurity on European capital markets. It therefore expects the 7% vacancy rate to rise slightly next year.

A large number of retail developments are expected to soon be completed. Retail density, at 1.9 square metres per capita, is already among the highest in Europe. IVG Immobilien expects a renewed interest in high street retail developments, especially new developments in inner city locations.

High-quality residential housing in Vienna is becoming scarce as the population continues to rise, IVG adds.

IVG Immobilien manages assets worth approx. ?21.4billion/US$27billion/£17billion at 19 sites with around 550 employees.