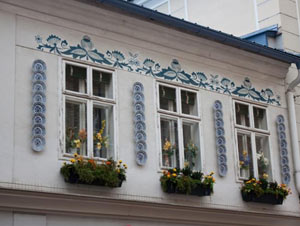 The prices for houses and apartments in Austria have risen once again in the first half of 2012 compared to 2011 prices.

Vienna saw significant rises in certain parts of the city and areas of Lower Austria such as St Pцlten and Krems also saw rises.

Property expert Alexander Ertler said: "The fear over losing money through inflation and mistrust in the financial markets is encouraging increasing numbers of Austrians to invest and try and find security in the property market."

There is an increasing demands for houses on the outskirts of Vienna. For the same amount of money you can get considerably more living space than in a property in the city centre.
This is impacting on the price, for example houses in Korneuburg have increased in price by an average of 17 per cent. Apartments in Wiener Neustadt have increased in some parts by 25 per cent.

In Vienna's Mariahilf district the average price per square metre is 4100 Euro - this is an increase of 16 per cent on last year.

In comparison the cost of rental property only increased relatively moderately in the first half of the year on average by 1.6 per cent.