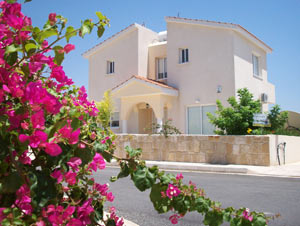 BuySell Cyprus’ sales manager Chris Hadjikyriakos is quoted as saying that ‘Russian buyers now account for 60% of the company’s total sales compared with no more than 10% just three years ago.’

Cyprus is enjoying a surge in overseas property sales to foreign buyers. Volumes increased by 19% in April as a total of 151 contracts were officially deposited at the Cypriot Department of Land and Surveys by overseas buyers … compared with 127 in April 2010.

Famagusta fared particularly well with sales to foreign buyers during the month rocketing 175%!
Unlike domestic demand, foreign demand for property continues to improve, perhaps encouraged by government statements that the recently amended laws will provide additional protection for consumers.

Over the first quarter of 2011, total sales to foreign buyers have increased by more than 16% year-on-year, and sales are up in all areas.

The island is experiencing a surge of Chinese and Russian buyers, due to their system that makes overseas property buyers eligible for a residential visa. The Russians have been aware of the rule for several years now and like to take advantage of it.

Russian investors prefer villas as well as apartments, and tend to buy in cash as their own interest rates are often far too high, and because they don’t trust banks.