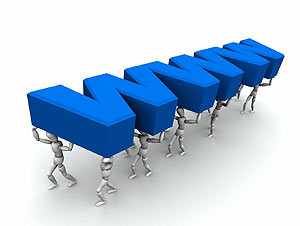 Russia is one of the largest and fastest growing Internet markets in Europe, but remains dominated by local players. As such, it represents a unique opportunity for expansion but a challenging market, according to recent research.

Russia has some 60 million Internet users, making it the second largest after Germany (with 65 million), but only five years ago the market was struggling to top 10 million (making it smaller than the Netherlands). If you factor in the other Russian-speaking markets in the CIS, the total market will be 130 million by 2013, according to figures published by GP Bullhound, the U.K- based international technology-focused investment bank

With increasing infrastructure development, fueled by Russia’s oil and gas wealth, the Russian online audience is expected to grow to 93 million by 2013, a penetration of 67% (broadly in line with that of France today). This growth will come mainly from the Russian “millioniki”, the ten cities with a population of more than one million.

Unlike other European markets, however, Russia is dominated by local players. Yandex, which recently floated, dominates search; Google which holds over 90% of the market in France and Germany, has only 34% in Russia. Likewise social network vKontakte has 72% of the market against Facebook’s 19%.

Comparing the top 10 Internet properties in the U.K., Germany and Russia, only one non-U.S. company, the BBC, is in the U.K. top 10, four in Germany (ProSiebenSat 1, Deutsche Telekom, United Internet and Axel Springer). But in Russia six of the top 10, and the top three are Russian.

Russia’s Internet economy has benefited from a lack of penetration by outsiders, allowing local versions of successful models from elsewhere.

According to Sasha Afanasieva, an associate at GP Bullhound and co-author of the report, significant obstacles remain for companies doing business in Russia.

Russia’s low penetration of credit cards (though this is increasing) and high reliance on cash represents a challenge for the e-commerce sites. Cash payment terminals are in widespread use across the country, and cash-on-delivery remains a popular payment system.

According to the report, social media represents a significant opportunity in Russia. Russians are heavy users, spending an average of 9.8 hours/month, compared to a global average of 4.5 hrs. In a country where consumer protection is poor and official media channels lack trust, social media has thrived as an alternative and increasingly trusted source of information.

Perhaps one of the most significant obstacles remains the perception of business risk. Protection of IP is not on a par with standards in the European Union. Russia has been listed as as having one of the worst records of preventing copyright theft for the 14th consecutive year by the U.S. Trade Representative’s Special 301 report.

Furthermore, legal complexities make conducting business at times difficult. The Strategic Companies Law of May 2008 restricts foreign ownership of companies involved in strategically important activities, which may, for example, include encryption.

Russia’s tax system is also perceived to be less than transparent and Russia’s political system is not always seen as friendly to overseas companies; examples include Hermitage Capital and British Petroleum. According to Ms. Afanasieva, it is not uncommon in Russia for a company’s auditors to actually work for the company.