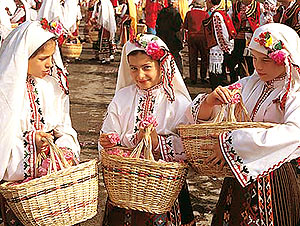 There has been very little positive news bandied about in relation to the property market in Bulgaria of late – where there has been anything remotely optimistic written it has been in relation to Bulgaria’s ski resorts and the properties therein, which are still in demand from rental tenants and will likely remain so as long as Bulgaria keeps its feet on the ground and remains a cheap ski destination.

Coastal property in Bulgaria has been all but written off by the British press as being a bad investment and not worth the levs that people have paid for it – but some interesting new facts have come to light that suggest there is life in Bulgaria’s summer resorts after all, and that we have just all been looking in the wrong place for it.

There is sustained and consistent Russian interest in property in Bulgaria on the coast and in the interior and so today we’re asking, are Russian’s saving Bulgaria’s property market? If you already own a property in Bulgaria and you’re wondering what to do with it, whether you can sell it today and cut your losses, whether it will rent and if it will ever turn a profit, read on!

Bulgaria was talked up and up and up – way beyond its potential at the time. Pre-EU accession, Bulgaria’s property market was indeed an attractive gamble, and one that paid off and paid handsomely for many people. But post accession and the profit potential dwindled in inverse proportion to the rate at which new property product was brought to the market. Bulgaria’s Black Sea coast was the area really affected by this rapid period of growth, speculation, over development and ultimately decline. There were only so many people who wanted to buy the properties coming to the market, only so many people wanting to live in them permanently, and only so many people interested in taking a holiday in Bulgaria and renting someone else’s house or apartment for the duration.

Bulgaria’s failure was oversupply. And those who talked the market up beyond that which it could sustain were often the developers and agents attempting to shift the stock; which is why, as you will have noticed, the news is fairly devoid today of stories about anything positive on Bulgaria’s coast. These developers and agents have pretty much given up! But, according to the Sofia Echo, there is consistent, sustained and genuine Russian interest in property in Bulgaria, with Russians more interested in purchasing completed properties as holiday homes or as new homes from which they can perhaps start a business in Bulgaria.

This news should not be overlooked or ignored by British owners of homes in Bulgaria or by would-be investors still sniffing around the opportunities that do still exist in the nation. In the past we Brits have been able to be fairly insular in terms of our perspective – we have been able to buy from British agents, rent to British holiday tenants, sell through a British agency to a British buyer. But let’s face it, the UK is struggling financially and the burden of debt is being transferred to the people in terms of inflation, job insecurity, bank instability and so on. What this means is that there is far less actual commitment to buy abroad at the moment, and so anyone wanting to profit from overseas property has to look elsewhere for money inflow.

In Bulgaria it seems that buyers and investors should be looking at the Russian market interest. According to the Sofia Echo, Russians invested 5.7 billion euro in Bulgaria last year and they were responsible for 45% of foreign property acquisitions. The demographic which is buying are in the 25 to 45 year old age group, and they typically want completed properties for sale in the 100,000 to 200,000 euro range.

No one cannot ignore the fact that Russia is also caught up in the global financial turmoil, so to say that Russians could save the fate of the Bulgarian housing market single handedly is a little naive, but that fact that there are alternative pockets of interest in Bulgaria’s property market is certainly positive news.