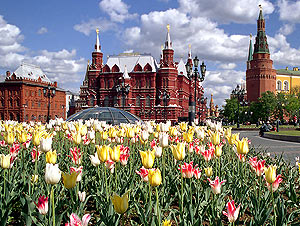 (MOSCOW, RUSSIA) -- The amount of investments in the European real estate market this year may significantly increase after a record drop registered last year, suggests a new research carried out by analysts of Jones Lang LaSalle Company (JLL), a financial and firm specializing in real estate services and investment management.

This year the direct amount of investments in the European real estate market could reach 85 billion euros, which is 20% higher compared to 2009 (70 billion euros) and the same figures as in 2002.

Experts believe that 2010 will be a tough year for investors. According to them, looking for suitable assets and determining their fair value will be the main challenges for investors.

Meanwhile the outlook for the Russian real estate market seems bright compared to the European.

The total volume of real estate transactions in Russia this year will increase by 60% up to USD$4 billion, while most of the funds will be provided by the domestic investors.

"This is one of the major features of the emerging markets, which fluctuations rates usually exceed those which observed in the developed markets" explains head of the JLL CIS Department Vladimir Pantyushin.