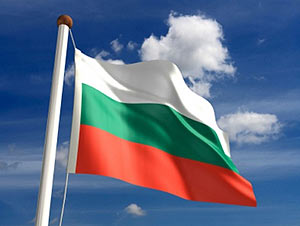 Aigroup has opened the exhibition season of 2010, Bulgarian real estate being the theme of the first show traditionally held at TC "Tishinka", in Moscow. In expert opinion, this destination remains most popular among Russian buyers.

Inauguration of the season is always a thrilling event. "We pin great hopes on and lay great plans for 2010, - noted Kim Waddoup, aigroup's president. - The peak of the crisis is behind us, the market is awakening and one can confidently forecast that Russians will become increasingly active in buying overseas property. This means the role of exhibitions in promoting some or other destinations or properties will also be rising."

There are certainly all grounds to assume that the show held on February 12 and 13, was extremely successful. The Bulgarian Home gathered a record number of guests: during its two days about 6,200 potential buyers visited TC "Tishinka". Overall 100 companies were represented at the show and lines of people, rather than lonely individuals, clustered at each stand, which is quite remarkable. People inquired about the prices, their possible growth or reduction, compared different offers, asked about projects in some particular cities. Negotiations were under way, the terms of future deals were designated and discussed; in short, the show had excellent practical outcome.

Reviewing the results of the past year, pundits forecast growing interest in Montenegrin, Italian and American property markets. But at the same time everyone agrees that nobody would be able to shake the leadership standing of the Bulgarian property market.

The beginning of the exhibition season 2010 fully justified those assumptions. The show's program was extremely saturated: seminars taught by Bulgarian Consul and exhibitors were a great success. The 100 participants who presented Bulgarian property alone were overstrained. And we agree with the sentiments repeatedly uttered in the course of the show: no doubt that having hit such impressive attendance figures (6,200 visitors), at the turn of the season, the exhibition session of aigroup in 2010 will be no less successful.