Russia will have the most important reset with Poland, not US 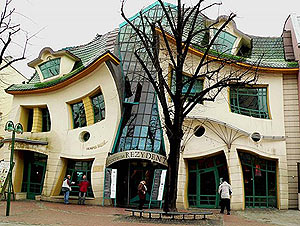 The Eastern Partnership – launched in May 2009 – includes Ukraine, Moldova, Belarus, Armenia, Azerbaijan and Georgia. Poland sees Russia in the group of friends that may also involve Norway, Canada, the United States, Japan and other countries.

Some observers had described the Eastern Partnership as a kind of “cordon sanitaire” against Russia. Moscow “was invited to take part in the partnership, but declined the offer,” Kommersant daily said. Russia is suspicious of this union and “thinks it aims at weakening Moscow’s influence in the countries that participate in it,” the paper added.
“The more so as the pace in the Eastern Partnership from the beginning was set by leaders unfriendly to Russia, Ukrainian President Viktor Yushchenko and Georgian President Mikhail Saakashvili,” the daily noted.

“Now the situation has changed, and the participation in the group of friends along with the US looks noticeably more prestigious than work in the program itself,” it said. However, Moscow has not commented on Sikorski’s proposal. “Probably, the European Union may extend the official invitation to Moscow at the Russia-EU summit in Rostov-on-Don due to be held at the end of May.”

But the news about possible joining the group of friends was accompanied by the reports about the US deploying Patriot missiles in Poland. “Such military activity does not help to strengthen our mutual security, Russian Foreign Ministry said, adding that Moscow does not understand “the logic and orientation” of cooperation between the US and Poland in this field.

In 2009, US President Barack Obama scrapped the plans for deploying a missile shield against long-range missiles but promised to continue the military cooperation with Warsaw.

US soldiers are now assembling the battery of Patriot missiles at a military base in the town of Morag in northeastern Poland, 80 kilometers from Russia’s enclave of Kaliningrad.
Meanwhile, Russia has sent aid to help Poland in coping with floods. The Emergency Ministry’s Il-76 plane delivered more than 14 tons of aid, including 18 pumps, 34 boats and five diesel generators.

The aid agreement was signed by Moscow and Warsaw in 1993, but this is actually the first time Poland has asked for help.

The US sent to Poland an anti-aircraft battery “that does not drown,” Vremya Novostey daily said. The missiles “will hardly console the Polish people who are going through a natural disaster,” the paper noted. “Poles now need equipment that is able to defend them from raging waters.”

Washington sent more than 100 US troops to assemble and service the battery. Patriot missiles will be included in the system of Poland’s anti-aircraft defense in 2012 as has been decided at the talks between Warsaw and Washington that lasted for a year and a half.

“However, these missiles, of course, are not part of the new US system of missile defense,” the paper said, adding that Washington has abandoned plans to deploy its shield in Poland.

By 2012, American specialists must train their Polish colleagues, thirty of whom have already started to study the possibilities of Patriots. “So far, the servicemen from both sides are not speaking about the working range of the missiles in the battery,” the daily said.

The agreement on deploying Patriots in Poland was signed on December 11, 2009. It was also decided at the time that the missiles would be deployed in Morag, rather than at a training ground situated 16 kilometers from Warsaw, contrary to initial plans.

“Answering Moscow’s irritation over the deployment of the missiles near the Russian border, Polish Defense Minister Bogdan Klich has denied ‘a strategic nature’ of the place chosen for Patriots,” the paper said. He simply explained that Morag had “better conditions.”
However, Polish media say that it is unjustified to deploy missiles “at the place that does not have any strategic facilities,” Vremya Novostey said.

“The actual possibility of these missiles defending anything seems to be minimal,” believes Boris Mezhuev, editor-in-chief of the online magazine Russia Journal. The US leadership rather demonstrates that “breaking away from the policies pursued by [former President George] Bush is not too dramatic,” he told Actualcomment.ru website.

Military observer Ilya Kramnik agrees that the deployment of Patriots is rather a psychological move. “Patriot missiles do not pose any threat to Russian strategic forces,” he told the same source. They may become a threat only if an attack with the use of conventional weapons is launched.

“These are anti-aircraft missiles with a range of 100-150 km, and they are used to defend ground facilities from air attack,” Kramnik said. “Patriots are not intended to counter the Iranian threat,” he noted. “They are able to destroy ballistic missiles, but only those having less range than missiles that may theoretically fly from Iran to Poland.”

“The US is deploying its missile defense system, but it should be remembered that Barack Obama’s shield is different from the one which had been planned under George Bush,” the analyst stressed.

Russian-Polish relations have improved recently, however, against the background of tragic events connected with the Polish president’s plane crash. “Much has changed in these relations,” political scientist Maksim Yusin was quoted by Regnum news agency as saying. “Actually, Russia will have the most important ‘reset’ with Poland rather than with the US or Ukraine,” he stressed.

“The shift that has happened in Russian-Polish relations cannot be reversed,” Boris Makarenko of the Center for Political Technologies, told Gazeta daily. Commenting on possible anti-Russian sentiments of Poles supporting presidential candidate Jaroslaw Kaczynski, Makarenko said that “not only Kaczynski’s opponents but also the society will stand against attempts to start a new round of confrontation between the two states.”

Acting President Bronislaw Komorowski, who is leading in the polls, has recently accused his rival Kaczynski of Russophobia, the media say. Moscow should not interfere in the campaign in Poland, Rosbalt news agency noted. However, Russia would welcome the victory of “this moderate politician” in the forthcoming presidential elections, it added.