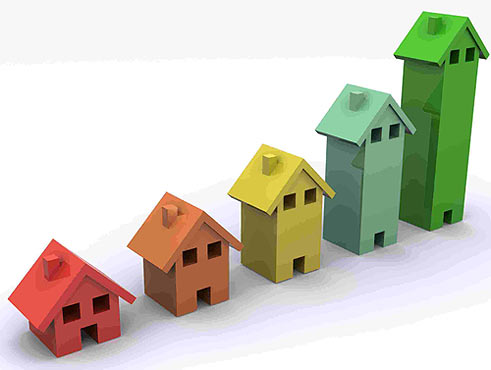 After the global fall of 2008 when the number of high-net-worth individuals dropped by 4.9 percent, and the volume of wealth was reduced globally by 19.5 percent, we noted a gradual growth in the activity of international investors on the world’s property markets in 2009. Those who were waiting for the right moment to invest their capital took the decision not to postpone their purchase any longer — the opinion of a range of experts held that property prices in the majority of local markets had reached their bottom in the spring-summer of 2009, and it was precisely this period that became the most successful in terms of investment in real estate.

Russians have always considered real estate the most stable and reliable form of investment, preferring it to bank deposits or investments on the stock market. In the instability of the world economy, many potential buyers from Russia realized that this was precisely the time to acquire quality properties at favorable prices. 2009 became the indisputable buyer’s year, when buyers could make offers 30 percent to 35 percent lower than the asking prices and, crucially, sellers were prepared to meet them when discussing prices, timings and other deal details. The basic demand was concentrated in the high-price segment.

Demand preferences have changed slightly. Whereas prior to the crisis Russians were interested in properties in both developed and developing real estate markets, where successful price deals were possible, today only quality properties in tried and tested markets are the center of attention. The reasons for this are the uncertainty surrounding the price dynamics of developing markets and the reduction in the overall number of buyers as a result of the fall in consumer demand among those who were interested in the less expensive segments. In 2009, areas that became particularly popular among Russian buyers included the U.K., with central London’s indisputable lead, continental Europe, in particular the French Riviera, specific regions of Italy such as Tuscany and Lake Como, Switzerland, Spain and Portugal. There was also demand for properties in places such as the Caribbean — Barbados and the Caiman islands — the United States, particularly New York and Florida, and Cyprus. Investors have begun to turn their attention to the quality of a property’s location, its transport links, security, and surrounding environment as well as the transparency of the legal regime and the mortgages available in the country of purchase. Also, there has been an increase in interest in properties operated by five-star hotel chains.

Looking ahead to 2010, we predict that all these trends will continue. The most attractive real estate sector for Russian investors will remain the elite property segment of central London, where prices for high-end housing have grown over the last nine months — since March 2009 prices have grown by 13.8 percent, but they remain around 13.4 percent lower than their heights of March 2008. Our data indicates that Russians make up around 11.7 percent of elite property buyers in London. What is more, Russian buyers in particular are acquiring real estate in the highest price bracket — properties costing from £10 million ($16 million). Other mature markets will also enjoy demand in the coming year.

Overall the state of the global property market is gradually coming to a norm, but the return will certainly be neither sharp nor violent. Results from the third quarter of 2009 show a price increase in almost 70 percent of countries. We predict that in one to two years 50 percent of high-net-worth individuals’ portfolios will consist of real estate. Currently that figure stands at 30 percent. And we would suggest that demand from Russian investors interested in maintaining their capital and high liquidity will not reduce — on the contrary, many will follow the market with great attention in order not to lose out on the possibility of acquiring high-quality properties before prices return to certain growth.