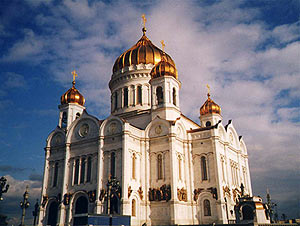 Russia and Britain have a chance to improve relations following the UK election, but analysts see many obstacles in the way. The relations between the two countries have been marred by a range of diplomatic and spy scandals in recent years. The UK accused Russian citizen Andrey Lugovoy of poisoning former KGB officer Aleksandr Litvinenko in 2006 and has been seeking his extradition since then. Russia, in turn, wants London to extradite some citizens wanted by Russia, including tycoon Boris Berezovsky.

The change of government in London may present both sides with a new opportunity. The question is whether or not it will be taken, observers say. President Dmitry Medvedev has congratulated David Cameron on assuming the post of prime minister. Russia considers the development of cooperation with Britain “a key component in our foreign relations,” Medvedev said. “I hope to work together constructively to further promote Russian-British relations,” he added.

Medvedev also sent a message to former Prime Minister Gordon Brown, thanking him for “direct, sincere dialogue, which allows the most difficult matters to be discussed constructively.” “We have done a great deal to strengthen cooperation between our nations, resolve urgent international problems,” the president said. According to presidential aide Sergey Prikhodko, Moscow expects the new British government “to continue those serious developments carried out by their predecessors” and to demonstrate “enough political will to improve bilateral relations.”

Prikhodko described relations between Medvedev and Brown as “very constructive and trustful.” However, the countries’ ties within a range of important practical directions have not been developed “because of actions by the British side,” he noted. “It even can be said that they dropped to a point close to freezing,” the aide said, referring, in part, to visa issues.
Russian Foreign Minister Sergey Lavrov stressed on May 12 that Russia did not invent the problems that remain in the relations. He expressed hope that the new British government will pursue “pragmatic and non-politicized” cooperation with Moscow.

Despite cautious hope that a new page will be opened in the relations between Russia and the UK, many observers doubt that the ties will change quickly. However, “a subjective factor” may play a big part, believes deputy director of the Institute of Europe Aleksey Gromyko. New people come to power, and this alone makes it possible to solve many problems that the two countries “have amassed in political sphere,” Gromyko told Vesti FM radio. “And I think that the position of the Liberal Democrats may be even more constructive than that of the Conservative Party.”

The Liberal Democrats are “more open to the world and a pro-European party,” the analyst said, adding that they have less constraints dealing with players in the global arena.
However, the new British Cabinet will have to solve domestic problems first of all, many analysts say. It is still premature to speak about the course of the coalition government towards Russia, said Sergey Peregudov of the Institute of World Economy and International Relations. It is not ruled out that the new government will be more pragmatic toward Russia, the analyst told Vedomosti daily. They will only switch to a new policy towards Russia if they feel it may positively influence the economic situation,” he noted.

Both the Liberal Democrats and the Conservatives now drift to the center, and one should not expect “a right-wing policy toward Russia” from the Cameron government, Peregudov noted. So far Cameron has not spoken much about his foreign policy’s priorities, concentrating more on economic problems, observers say. However, in the past “he was known for his anti-Russian initiatives,” Utro.ru website said.

In particular, he proposed “to exclude Russia from the G8” to punish it for the August 2008 events in the North Caucasus, the website noted. At the same time, new Foreign Secretary William Hague has spoken earlier in favor of improving ties with Moscow, it added.
Russia’s direction will not be among Cameron’s priorities, the media say. However, “a kind of resetting relations” is possible, Rosbalt news agency said, describing the changes in Britain as “a favorable factor” for this. At the same time, observers do not expect “a quick and global shift,” the agency added. The reset is possible, said chairman of the State Duma Foreign Affairs committee Konstantin Kosachev. “Because of the problems regarding the Litvinenko case, the Labour government froze any cooperation with Moscow in the anti-terror sphere,” he was quoted by the agency as saying. “It is a classic example of what should not exist in our relations, it is simply unacceptable,” he added.

Many are rather skeptical about the prospects of a reset. The relations are unlikely to change in the short-term perspective, and may even worsen in the medium-term, said Dmitry Suslov, deputy director of the Council on Foreign and Defense Policy. To overcome “mutual distrust, disappointment and even a kind of dislike,” a political will from both sides is needed, but the partners have not shown it, he told Rosbalt. “The bilateral relations have not depended lately on particular people in power,” Suslov noted. The change of main figures is unlikely to change the chief problems in the relations,” the analyst said. At the same time, the Conservatives are “traditionally more critical of Russia, and Cameron does not want to disappoint his electorate by not criticizing Moscow,” he added.

Some analysts sound more optimistic. There is still “an aftertaste of spy, diplomatic and other scandals,” said Viktor Mizin of the Moscow State Institution of Foreign Relations. Bilateral relations are not connected with policies of a particular party, however, he told Rosbalt. According to Mizin, even Labour ministers with whom he recently met, noted that the “complex period of the Russian-British relations is in the past.” “Few people mention the fearful names of Lugovoy, Litvinenko and Berezovsky,” Mizin added. “The negative pages of the relations closed with the Labour Party,” he said.

“I do not think that negative factors would emerge again with the Conservatives,” Mizin said. “But as far as I understand, they do not intend to make negative rhetoric a central moment of their policy, especially taking into account that the Conservatives support the biggest British companies that are interested in good relations with Russia,” he noted. Regardless, one positive factor in the two countries’ relations has already emerged when British soldiers marched alongside Russian troops in Red Square during the Victory Day parade on May 9.