Big increase in demand from Russian and Chinese property investors 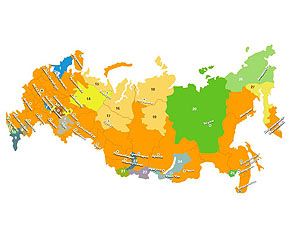 The Australian real estate market is benefitting from the collapse of the property market in Dubai as Chinese and Russians buyers move their allegiance down under.
Property investors from both nations are now the biggest foreign buyers of residential property and especially favour Queensland’s Gold Coast, it is claimed.

Last year, Chinese buyers finalised deals for $22.76 million of houses and apartments, while buyers from the Russian Federation signed for $22.7m of Gold Coast homes. Russian buyers had been virtually non-existent in the Queensland property market 10 years ago, according to Paul Barratt, project marketing director with global real estate adviser DTZ. Russia’s increasing wealth from oil and mining has combined with Australian developers specifically targeting Russian buyers through road shows in Moscow, has contributed to the surge in demand.

Yan Orlievsky, director of Moss Capital, an advisory and investment group, said the collapse of the Dubai property bubble meant Russian investors are looking for safer markets. ‘Australia has always been a romantic notion to Russians. It’s a little bit of prestige, to have an Australian investment. Russia has a growing middle class. It is cash and investment driven, not debt driven,’ he explained.

Competing are the Chinese who have always been big buyers in Australia. According to Australia’s biggest apartment developer, Harry Triguboff, the proportion of Chinese buyers in some locations could be as high as 60%. ‘I would estimate that around $200 million of my sales come from buyers from China each year,’ said Triguboff, whose company, Meriton, has built thousands of apartments in Sydney, Brisbane and the Gold Coast.

DTZ’s Barratt said there had also been an increase in the number of South African buyers across Queensland in the past two years. Australian developers had targeted South African investors keen to invest their spiralling rand in robust economies. The demand from overseas buyers has also been boosted by changes introduced in 2008 by the Foreign Investment Review Board allowing 100% of a new residential project to be sold to offshore buyers. Foreigners could previously purchase only up to 50% of a new development.

There is also increasing demand form property investors from Singapore and Malaysia.